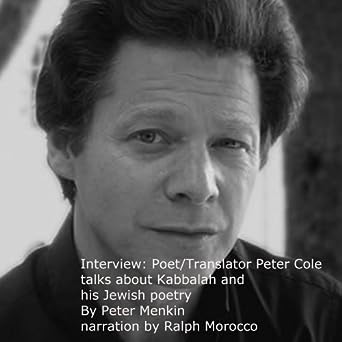 Each was interviewed in this ongoing series, still going on, by Religion Writer Peter Menkin. This is a living series. Philip Kolin has once again heard the whisper of Gods word with the ear of his heart and given poetic expression to the timeless value of that word. Christian poet Philip Kolin of Mississippi, USA lives his faith, telling readers here of his workeverything you ever wanted to know Against a tree I swooned and fell, and water seeped into my shoe, and a dream began to grow in me.


Or despair, and so I chose the dream. And while I slept, I was being fed, and clothed, addressed as though awake with every faculty, and so it went. Poet Susan Wheeler of New York City and Princeton University The mystic, poet, secular Jewish married man of letters who is a scholar is reticent to use the word God in an interview, and even reticent to admit to a belief in the Almighty. Yet this religious and spiritual scholar and poet has a recent book of translations of works from the Kabbalah in the book titled The Poetry of Kabbalah: Mystical Verse from the Jewish Tradition.

From an interview with Christian poet Luci Shaw, another of those interviewed in this ongoing series. This is part of an answer she gave to a question: My collection, Accompanied by Angels, includes many poems about this ordinary, extraordinary young woman. She can be viewed from so many different angles. I have always seen her as a model, to both women and men, of active participation in the work of God no matter how tricky or risky it appears to be.

She said Yes to being pregnant with God by the Holy Ghost, well knowing what that might do to her reputation as an unwed mother. She considered the call of God on her to be paramount. Peter Menkin Narrated by: Siegel about his work which is a gift. Matins By Robert Siegel It is morning. A finch startles the maple leaves. While day clutches at my pulse to inject the usual anesthetic, now, Christ, stimulate my heart, transfuse your blood to fortify my own.

Let no light upon these sheets diminish, Lord, before I feel you burst inward like a finch to nest and sing within this tree of bones.

This article-interview on Robert Siegel is another in the ongoing series of interviews with Anglican and Christian poets. The poet wrote in an email: You asked about a person, or persons, who know my work. On my website robert- siegel. I was raised Presbyterian but I have been an Anglican for 49 years this November, having been inspired to change by C. Lewis and by my lovely wife, who preceded me into the fold.

Sometimes Siegel ventures into the realm of specifically biblical creatures, to fine effect. And yet the serpent is always a serpent, slithering side by side with the other natural snakes in this volume, all exquisitely observed. Prominent among them are the portraits of New Testament characters that comprise the second part of the new poems. These rough sonnets crystallize the inner lives of a whole array of individuals.

His way of seeing is not merely sacramental but ultimately mystical. Things grew brighter, more distinct, themselves, in a way beyond explaining. This was her home, yet somehow things grew more homelike.

Jars on the shelves gleamed sharply: This anagogic impulse is sustained in poems throughout the volume. First to last, in poems that span perhaps forty years, Siegel has stayed wondrously true to this vision. I was a student of Clyde Kilby at Wheaton in the early sixties. I believe he first told me about Robert Siegel, holding him up as something of a model for me, one of the times we talked about my ambition to be a poet. I was too much an indifferent student to achieve on that level.


I believe Mel Lorentzen, a former teacher of both of us from Wheaton, introduced us. Bob, who was sitting with Richard Eberhart, was very polite. I was a bit in awe, somewhat tongue-tied, and awkward. In or early I invited Bob to visit Houghton where I was teaching. I think our friendship really began then. I was editing a small magazine then and interviewed Bob for it. He had written an introduction to my first book of prose that had just appeared. Our friendship, encouraged by yearly visits and the shared concerns of thesociety, grew from that time.

For the last ten years, we have been working together with Jeane Chrysostom Society Murray Walker on a collaborative poem on the seven deadly sins. The idea for this came from Bob and was worked on while hiking along the gorge in Letchworth State Park. This work has overflowed the boundary of the literary project and infiltrated my life.

If I was in awe when I first met Bob, I am now deeply humbled by his craft, learning, wisdom, and generosity. In a strange way, largely because of my personality, our friendship while warm remains a bit formal. I know his character is such that he would find that sentence impossible. One thing that should be added: If one walks into a room filled with laughter at the Chrysostom Society, most likely Bob Siegel and Richard Foster are at the center of it.

Take us down the road a little on the journey of the poet. Even before I could read I enjoyed the sound, rhythm, and texture of words in nursery rhymes like the following: Later I played with words on signs and billboards while riding in a car. Gulf Gas spelled backwards created the abysmal monster Flug Sag, and Standard Oil became Dradnats Lio a mythical half dragon and half lion.

First in Series of Ongoing Interviews with Christian Poets

In my college freshman comp. The professor liked it well enough to read to the class and suggested I enter it in a contest. After that I was hooked. I took a couple of creative writing courses and every literature course I could find, and in my junior year started gathering weekly to workshop poems with other students, some of us bringing in three or four poems every week. During that time there was a definite moment when I felt called to a life as a poet. It happened in the fall of my senior year. I was in the Morton Arboretum looking at a spectacular array of fall foliage, when I rounded a corner and stopped in awe of a brilliant red tree—a crabapple, perhaps, or a Japanese maple.

As I looked at its intensely red leaves they mesmerized me, as if they were on fire. In that moment the thought came to me: It had the force of a religious vocation. I had read his early poetry, such as his elegy, The Quaker Graveyard in Nantucket. Lowell was a great inspiration and I worked with him my four years there, His approval confirmed my vocation. Early in my first term there I went to his office hours with nine poems I had written that fall. I found him alone, and had an hour and a half with him before another student showed up. I handed him one poem after another.

After reading a few he said to me. Each fall from to 67 I attended his morning office hours, which by the second year had turned into an informal seminar. You have also been a teacher for many years. Some schools where you taught are these: Siegel has taught at Dartmouth, Princeton, and Goethe University in Frankfurt, and for twenty-three years at the University of Wisconsin-Milwaukee, where he directed the graduate creative writing program and is currently professor emeritus of English.

He has degrees from Wheaton, Johns Hopkins, and Harvard. He is married to Ann Hill Siegel, a photographer, and lives on the coast of Maine. So your website tells its readers. Is there a similarity to the work of teacher to that of poet? Or more, does being a teacher feed your poetry, and sense of the poetic? I feel very privileged to have taught. Not only did teaching provide the time for writing, but it meant that I was always working with literature and with students The nearby Nubble-Light House, photo by Ann Siegel who were learning to write poetry or fiction..

It was wonderful to have the chance to teach Paradise Lost, King Lear, and Heart of Darkness to Dartmouth freshmen, Coleridge to seniors, and, later, Yeats to graduate students. We were particularly fortunate at the University of Wisconsin-Milwaukee to have a large graduate program in creative writing with students in their twenties to mid-seventies. Not only did this mean we had mature students, but also ones with some life experience to write about. I think writing and teaching draw upon the same energy, for I did not write as much during term time.

For instance, I think the critiquing of student poetry in seminars no doubt sharpened my ability to revise my own work. One thing I learned while teaching in our graduate program in an urban university is how much talent there is out there, and how many people with talent fail to fully develop it—often for understandable reasons.

This has always seemed to me to hint at the reality of an afterlife—there is so much more to people than can be fully discovered and developed in one lifetime. I think people believe the poet is like the philosopher, like the teacher, like the musician—also the painter. In essence, the poet is a writer. Will you tell us if you agree with these statements and talk a little about your own work, especially that of the religious and faith kind.

Does it either increase for you and even others food for thought about the Almighty and his Son Jesus Christ? Do you think that there is a sense of the grandeur of life and that of the Almighty? If so, how and even why? I know these are pointed questions, especially regarding religion and God, but my work as a Religion Writer sometimes asks I talk about such things with people.

I am hoping you will take some time and talk to us about such things. Yes, there is a connection between the poet, the musician, and the philosopher. I particularly identify with the painter in the use of imagery. We have several artists in the family, including my wife, a truly gifted photographer. Walter Pater said poetry aspires to the condition of music, and music is certainly of the essence too.

Books by Peter Menkin (Author of Seasons of Faith)

Pound said that in addition to visual imagery and music, poetry had to have substantive meaning I think the exotic term he used for this was logopoeia which certainly connects it to philosophy. For me that meaning is ultimately spiritual. Charles Williams said somewhere there are four sources of natural revelation: Love, Art, Nature, and the City.

They presented love, poetry and nature to me as sources of the divine. I will talk more about romantic love later. As for nature, they —even T. Hopkinscalled this inscape, and he found it in everything from an eyelash to a wave of the sea. And before that, a conversion experience I had in college where God revealed His reality to me. 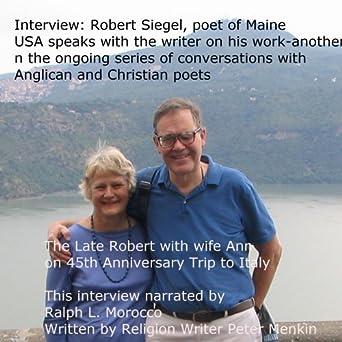 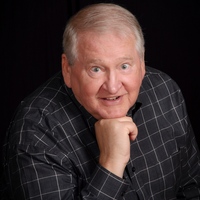 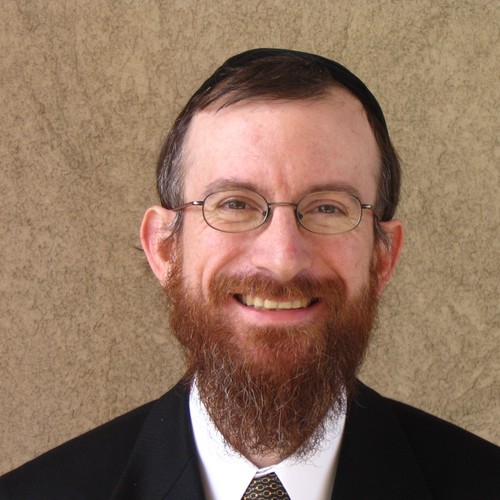 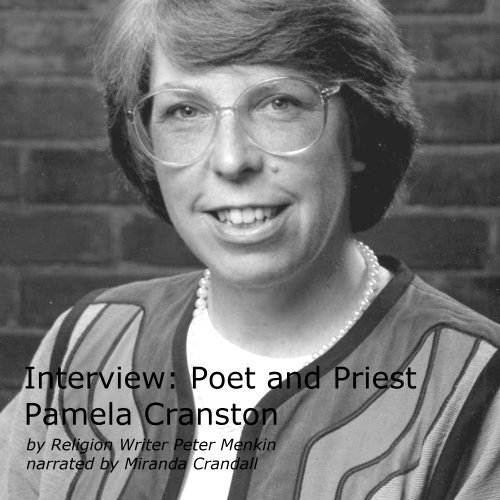